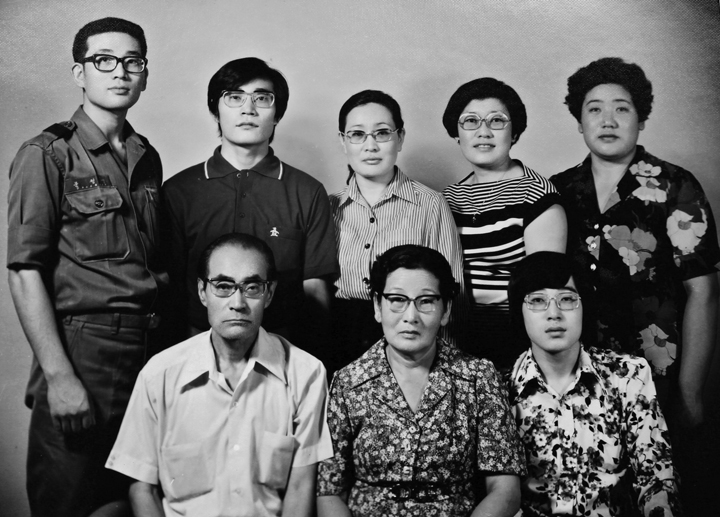 We’re just days away from this Thursday’s launch event for the new Legacy Washington exhibit, “Korea 65: The Forgotten War Remembered.”

The exhibit explores the stories of 13 Washingtonians who experienced the Korean War in different ways, from U.S. soldiers who fought in the war, to a nurse who worked in a MASH unit, to Korean Americans who grew up in Korea during or after the war.

The public is invited to attend the Korea 65 exhibit launch at the Capitol. It starts at 2:30 p.m. Sept. 14 with Korean dance performances in the Rotunda. The formal ceremony begins at 3 in the State Reception Room. Afterward, attendees are invited to the Office of the Secretary of State to view the exhibit in the front lobby.

With the launch fast approaching, we continue to take a closer look at the exhibit subjects.

Our latest sneak peek is on Moonbeam Kupka and Patsy Surh O’Connell, two Korean American women who were born and raised in Korea but moved to America in their early 20s. Their profiles were written by Legacy Washington’s chief oral historian, John C. Hughes.

The Kupka profile, which can be viewed here, shares her childhood memories of the Korean War, including “streams of frightened refugees; tanks rumbling through the night; bombs raining from the sky; the cries of wounded soldiers and terrified children.”

Moonbeam was born as Moon Bong Sook in Pyoungyang, now the North Korean capital, in 1946. She was 4 when 90,000 North Korean soldiers invaded South Korea on June 25, 1950, a date that South Koreans still mark with somberness. Her family evacuated Seoul and traveled to the Pusan Perimeter before returning to Seoul months later.

During the war, the South Korean Army took Moonbeam’s dad away and conscripted him. He became a cook during the way. “Probably saved his life,” Moonbeam said. When the war ended in 1953, her grandparents in the north were never heard from again.

In 1968, Moonbeam met Michael Kupka, a U.S. Army combat engineer, during her junior year at Seoul’s Konkuk University, where she studied to be a dietician. They soon started dating (Michael nicknamed her “Moonbeam” on an early date), but she had to keep their relationship secret from her parents, who would not approve of their daughter dating an American. Despite her father’s disapproval, Moonbeam moved to America and married Mike. They settled in Aberdeen where they raised two sons and a daughter, all adults.

Hughes’ profile on Patsy Surh O’Connell can be seen here.

Surh O’Connell was 7 when the Korean War began in 1950. During the early days of the war, North Korean soldiers took over the Surh family’s two-story house as a command post when they captured Seoul. During this time, her father was in hiding for fear he’d be killed or taken prisoner. Her family eventually left Seoul for the Pusan Perimeter on a train so crowded that some refugees rode on top of the roof.

Patsy moved to America in 1963, settling in San Francisco, where she took classes at the Rudolph Schaeffer School Design. She soon began dating an Army dentist named Wally O’Connell. They were married in 1965. Wally’s military career took them to Japan, Texas, New Jersey, Okinawa, Indiana and back to California. They spent two years in Seoul before his last assignment, Fort Lewis. Wally and Patsy loved the area, deciding to stay there after he retired in 1990. They now live in Gig Harbor.

Patsy founded the Asia Pacific Cultural Center in Tacoma in 1996. Thanks to thousands of donors and many volunteers, the center partners with schools, the military, government and industry to “bridge communities and generations through arts, culture, education and business.” She is leading the effort for a proposed new cultural center located at the Point Ruston waterfront development near Point Defiance. Her goal is for the new center to open in 2021.

Legacy Washington, which is part of the Office of Secretary of State, produces exhibits and biographies about notable Washingtonians.