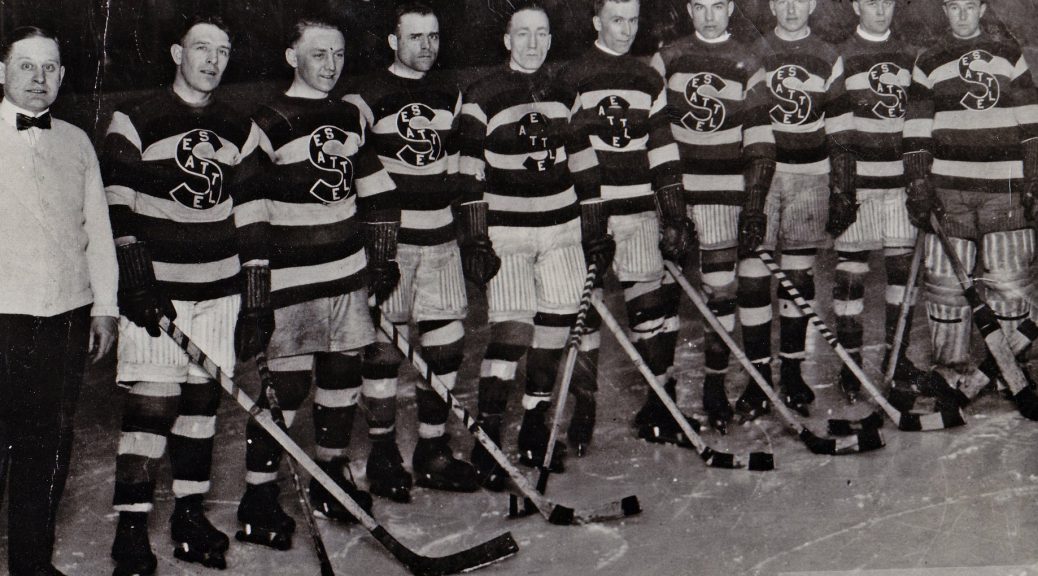 Seattle is proudly preparing to field a National Hockey League team starting in 2021, the first major league hockey team to hail from the city in nearly a century. With this news, you may have also heard Seattle was the first American city to take home a Stanley Cup championship when the Metropolitans beat the Montreal Canadiens in the 1917 finals.

Did you also know the Mets came within one win of a second Stanley Cup victory? In March 1919, a rematch with Montreal came down to the final game of the series (deadlocked at two wins apiece and a tie), which was set to play out in Seattle.

Hockey wasn’t the only thing taking Seattle by storm in the winter and spring of 1919. The inaptly-named Spanish influenza claimed millions of lives around the world from January 1918 into 1919. The pandemic reached Seattle in October 1918, where it was believed to have arrived with soldiers coming home from World War I. It lingered through the forced end of the Stanley Cup finals, which were canceled because several players and coaches fell ill. Professional hockey teams of that era had small rosters, typically carrying only two bench players. Losing multiple players to the debilitating flu made it impossible to play the last game. Both teams were so debilitated by flu that they decided on April 1st to abandon the series.

The Stanley Cup trophy is engraved with its champion after each season. With no victor at the end of 1919, that year’s inscription was blank until it was updated in 1948 to read:

The Canadiens offered to forfeit the game so Seattle could claim victory, but the Mets declined.

Montreal defenseman “Bad Joe” Hall, who made the Hockey Hall of Fame, died of flu complications 100 years ago today, April 5, 1919, in a Seattle hospital. The team’s owner, George Kennedy, was hospitalized for several days and wound up surviving a couple more years. Subsequent complications killed him as well.

1919 is still the only season a champion has not been named since the beginning of the Stanley Cup era.