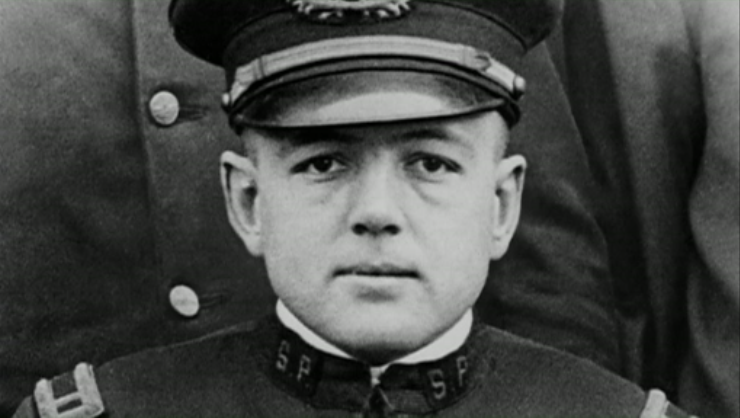 On a crisp March morning in 1920, Seattle Police Lieutenant Roy Olmstead and his colleague, Sergeant T.J. Clark, treaded the dock at Edmonds’ Meadowdale Marine in the caliginous hours leading dawn. A crew of nine bootleggers hauled a rum-running boat’s capacity of Canadian whiskey to six nearby trucks, prepared to furnish Seattle with the contraband in the wake of Prohibition’s inception. Lt. Olmstead and Sgt. Clark had a watchful eye on the operation, but they were not there to arrest anyone.

They ran the show.

With the trucks loaded and each officer behind a wheel, the cavalcade was ready to venture south. They fired up the engines and crept to the exit, but unfortunately for them, Olmstead and Clark were not the only law enforcement present. Prohibition Bureau agents waited at the marina’s outlet. Clark and the bootleggers were immediately arrested and the cargo was seized. Olmstead, fleet of foot, spotted the agents in time to take his truck off-road to evade arrest.

The lieutenant may have slept in his own bed that night, but he did not get away without consequence. The bureau already knew who he was, and one of the ten gentlemen arrested that night likely confirmed Olmstead was the man in charge.

After Olmstead was promptly dismissed by the Seattle Police Department, he’d certainly learned some lessons: Grow the operation and don’t get caught.

Olmstead had been on the force for 13 years, ascended to lieutenant at a young age, and aided in the capture of several bootleggers since Washington enacted “dry laws” with passage of Initiative Measure No. 3 in 1914. During his time with the police he observed the mistakes and laziness of bootleggers who couldn’t do well enough to stay out of jail.

At first, bootlegging was more or less a “side gig” for Olmstead. His interest and involvement picked up over the years, but once SPD handed him all the free time in the world (not to mention a desperate need for income), he saw the opportunity to build an empire. He already had a plentiful source of whiskey in Vancouver, B.C. He gained access to trucks, boats, and warehouses. He hired runners, mechanics, accountants, and an attorney — he turned his bootlegging trade into a full-scale business and Roy soon earned the nickname “King of Puget Sound Bootleggers.”

Olmstead’s operation became one of the largest employers in Western Washington by 1922. It grossed nearly a quarter-million dollars a month, almost $3 million in 2020 monies. That wasn’t enough, so Olmstead devised a plan to circumvent the export tax Canada charged on every case of liquor sent to the United States. He declared his liquor shipments destined for other countries and sent the gamut of his export to a small island where a fleet of rum-running launches awaited to sail smaller loads all along Washington’s coast.

The new scheme allowed Olmstead to undercut competitors to the point most other bootleggers stopped trying to sell liquor in the Puget Sound area.

Elise Olmstead, Roy’s wife, started KFQX radio, the first station in Seattle, based out of their mansion. Her most popular program was a kid’s bedtime story show called “Aunt Vivian” during which Elise slipped in coded messages to the launches in transit on Puget Sound.

The scheme became so successful, Olmstead started to wholesale to trusted partners, which passed along a fair amount of risk, and enhanced the image of a square business.

Together, Roy and Elise’s reputations as legitimate business persons painted them in the light of respected community members.

Local law enforcement did not seem to care about Olmstead’s practices until Bertha Landes won the 1926 Seattle mayoral race on a platform aimed at cleaning up the city. Up until then, many officials and officers probably benefitted one way or another.

On the other hand, the feds never turned a blind eye — they just struggled immensely to catch him in the act. Between the technology of the time and Puget Sound’s unnavigable shoreline, Olmstead pretty much smuggled out in the open for years.

It took a volunteer spy and wiretaps to bring charges against the Olmsteads and their cohorts in late 1924. Roy and eight others were arrested on Thanksgiving Day when they were caught red-handed as a couple hundred cases of liquor were unloaded at a dock in Des Moines.

The Federal Grand Jury indicted 90 defendants in this case, 21 of whom were handed convictions, sentences, and fines. Elise was acquitted, and Roy, of course, received the longest term: four years in medium security federal prison along with a hefty fine. Olmstead utilized the appeals process to reach the Supreme Court on the basis that wiretaps are unconstitutional. Ultimately, the Supreme Court ruled against him and he served his entire sentence in segments at McNeil Island Federal Penitentiary.

Roy reformed himself in prison as a Christian Science minister. He served inmates and carried the trade into his post-prison life with a message about alcohol and its harms.

Elise “waited” for Roy, and entreated the federal government about Roy’s pardon, which was finally granted by Franklin D. Roosevelt in 1935 after Prohibition was ended by the 21st Amendment. He didn’t get his prison time back, but he did get his fine money. The radio station was taken over and eventually sold, then became KOMO as we know it today. The couple divorced in 1943, and Roy never re-married. He carried on his spotless life until his 1966 death at the age of 79.