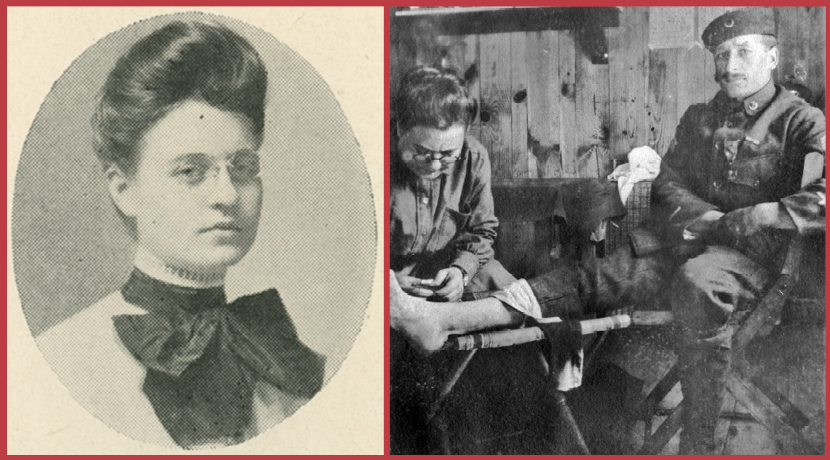 The “Spanish flu” pandemic that exploded in 1918, near the end of World War I, killed at least 50 million people worldwide—some say twice that. President Trump’s grandfather was among the 675,000 Americans who succumbed to the lethal influenza.

Legacy Washington’s new book, Ahead of the Curve: Washington Women Lead the Way 1919-2020, features a heroic Seattle physician on the front lines of the pandemic.

Dr. Mabel Seagrave lived by the motto of Wellesley College, her alma mater: “Not to be ministered unto, but to minister.” The “lady doctor” from Seattle volunteered for service in France during the war. She wasn’t rattled by the gruesome battlefield wounds she saw in the long, cruel summer of 1918.

Her surgical skills and bedside manner impressed everyone. Then came a new enemy: The highly contagious respiratory virus ravaged the immune systems of young soldiers in the trenches and thousands of hapless, undernourished civilians fleeing the fighting.

The energetic suffragist stayed on after the armistice to work at a Red Cross hospital, at great peril of becoming ill herself. Awarded the silver Médaille d’honneur as a token of France’s gratitude, she had “labored as a superwoman to check the plague and relieve suffering,” another volunteer said.

Dr. Seagrave went on to become chief of staff at Seattle General Hospital and a tireless volunteer at Seattle’s new Children’s Orthopedic Hospital.

Ahead of the Curve marks the 2020 centennial of national suffrage by spotlighting Washington women who have led the way since gaining the vote 10 years before the 19th Amendment.

2 thoughts on “A Pandemic Hero”