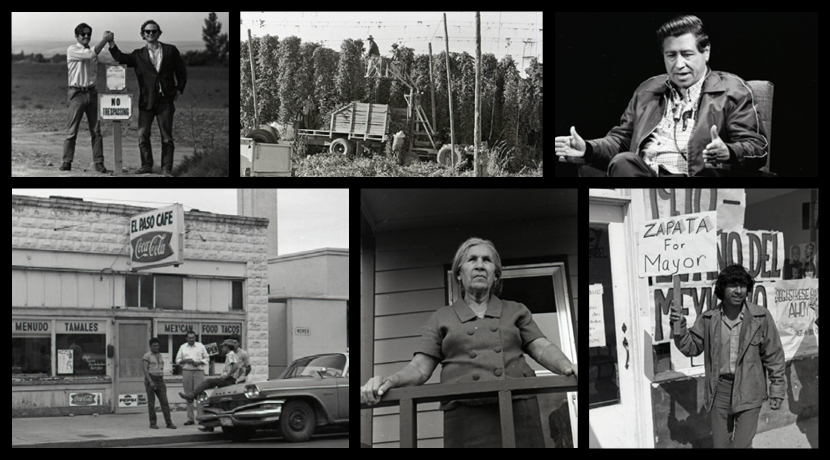 Since 2007, Washington State Library has awarded hundreds of thousands of dollars in grants to numerous public, academic, tribal, and special libraries statewide. The grants enable these libraries — often in cooperation with local museums, historical societies, community organizations, and private individuals — to digitize historically significant photographs, documents, and artifacts in order to preserve them and make them accessible to people all over the world.

In 2020, Washington State University’s (WSU) Holland/Terrell Libraries received a Washington Digital Heritage Grant to digitize part of the Irwin Nash Photographs of Yakima Valley Migrant Labor Collection, which documents the lives of Latinx people in Yakima Valley from 1967 to 1976. As word of the collection and the work to digitize it became known, members of the community stepped in to provide information about the people depicted in the photos and even raised funds to finish digitizing the collection.

Dr. Lipi Turner-Rahman, manager of the university’s Kimble Digitization Center, is overseeing the project. Below she talks about the project, and the work to digitize the images and connect with the broader community.

Q: How did the Nash Collection come to your attention, and what made you decide it would be a good candidate for digitization?

A: I wanted to apply for a Washington Digital Heritage Grant; what I needed was a finite project that could be finished in a year and that spoke to fully rounded stories of all Washingtonians.

I began to look through our collections for something that spoke to me. The Irwin Nash Photographs of Yakima Valley Migrant Labor Collection jumped out quickly. As a person of color, I am all about forwarding and deepening the histories of people of color and their communities whose lived experiences, perspectives, and stories have traditionally not been part of the common narrative. Nash’s photographs cover the gamut of life in the Yakima Valley migrant labor community. He recorded people working in the fields, working for justice, relaxing, and celebrating. I could not find a better collection to forward the everyday lived experiences of this unrecognized community.

Q: The Washington Digital Heritage grant provided funds to digitize part of the Nash collection. How has the project expanded beyond the grant?

A: The Washington Digital Heritage grant will cover the digitization costs of half the collection, which consists of more than 9,000 photos. Community members Laura Solis, her partner Mike Fong, and Lupe Gamboa reached out to me1. We began a fundraising effort to make sure the entire collection could be digitized. Lupe was such a brilliant advocate for fundraising. Amounts from $25 to $5,000 came from the Yakima Valley migrant labor community. It was phenomenal. We finished posting the collection on June 14, 2021.

To help identify and contextualize the photographs, I launched a Facebook group. The group has blown me away. Members have used the group to add remembrances, stories, and poems to give deeper meaning to the images. One of my favorites is a narrative Lupe wrote to contextualize the photo of his mother, Martina Molina Gamboa. The other is a photo of Michael Fox and Lupe Gamboa over a “No Trespassing” sign. Obviously, they trespassed. The photo now has a narrative by Fox and the deputy who arrested them.

I definitely did not expect the tremendous engagement from the community. It has been wonderful. The next steps for the collection include an oral history project of the community and the people in the photos, a travelling exhibit, and an exhibit at the Jordan Schnitzer Museum of Art at WSU.

1 Read more about these collaborations in The Seattle Times, Post Alley, and Wild West.