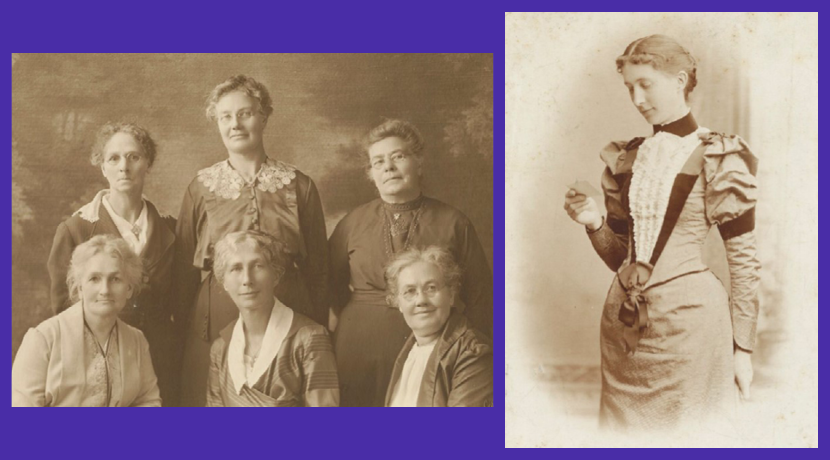 From 1920 to 1922, an all-woman cohort of councilmembers and mayor governed the town of Langley on Whidbey Island, Washington. Langley has the distinction of being the second town in the United States to elect an all-woman administration.

Helen Coe served as mayor during this period. In July 1921, she purchased and deeded land to the Ladies’ Civic Improvement Club to erect a community building, which would include a public library, auditorium, and reading rooms. The 100-year-old library, now part of Sno-Isle Libraries, still stands.

While in office, their priorities included limiting gambling and punchboards, closing pool halls on Sundays, and improving the quality of their muddy streets.

The women were actively involved in community affairs before and after their tenure on the council and in office. The Anacortes American, a daily newspaper, reported favorably on their endeavors.

“Langley has had a woman mayor and full council, composed of women for nearly a year and a more earnest or assiduous bunch of officials have never directed the affairs of that town. During 1919, under man rule, no meeting of the council was held for four months, as no quorum could be obtained. So far, the women have not missed a single meeting.” (Anacortes American, 6/24/1920, volume 30, number 6)

The Anacortes American report includes an interview with an elderly resident who “insist[ed] on remaining anonymous,” as well as impressions gleaned from the community — including citizenry, law enforcement, and former officials — about the effectiveness of the city council’s and mayor’s leadership, and sentiments about having women in charge.

The Office of the Secretary of State honors the pioneering women who governed Langley 100 years ago, and all women who are blazing new trails across Washington and around the world. To learn more about some larger-than-life Washington women past and present, visit Legacy Washington’s Ahead of the Curve online exhibit.

NOTE: According to “Images of America: Langley,” the first incorporated town to have a woman mayor and all-women city council was Kanab, Utah: “…Kanab, Utah, had obtained that distinction nine years earlier.” (Waterman, p. 53)* The Utah Women’s History website, however, notes that the first all-women town council might have been Oskaloosa, Kansas, in 1888.

One thought on “INTERNATIONAL WOMEN’S DAY — LANGLEY, WASHINGTON, 100 YEARS AGO: WOMEN IN LEADERSHIP”