Attorney General Rob McKenna and Secretary of State Sam Reed emerged from the U.S. Supreme Court today optimistic that the high court will allow Washington and other states to treat initiative and referendum petitions as releasable public records. 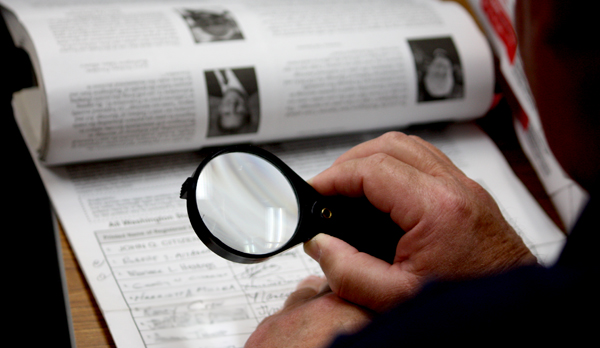 McKenna, making his third appearance before the court, and Reed, the state’s chief elections officer, both said they counted a majority of the justices who seemed sympathetic to Washington’s argument that the vote-approved Public Records Act requires release of petitions to those who make a request and pay the duplication cost. They said the court didn’t seem inclined to pull down all disclosure laws.

“My team and I think it went well,” McKenna said in a joint news conference with Reed after the one-hour hearing before a packed court, including Justice John Paul Stevens hearing his last case.  Reed concurred, saying McKenna did a persuasive job and that he’s optimistic of a win, which would be nationally significant.

McKenna said he expects a ruling within about eight weeks, by the end of June. One likely outcome, he indicated, is that the high court refuses to adopt a blanket constitutional guarantee of anonymity for people who sign petitions, but leaves open the door for specific exceptions if a sponsor can show a judge compelling evidence that harassment and intimidation of signers is likely because of the controversial nature of the issue and the vulnerability of the sponsors.

Reed said he was happy that the court used the hearing to elevate the discussion about open records, transparency and the role of citizens in petitioning their government, rather than getting sidelined into a discussion about gay marriage and specific initiatives.

This case, Doe v. Reed, did arise from Washington’s Referendum 71 last year. That was placed on the statewide ballot by Protect Marriage Washington, foes of a new state “everything but marriage” law expanding the rights of registered state domestic partners, both gay and straight couples.  (The new law was sustained by a comfortable margin, 53-47.) Protect Marriage Washington successfully moved into federal court to block the release of R-71 petitions, as the Secretary of State had planned to do within the context of the Public Records Act.  U.S. District Judge Benjamin Settle in Tacoma said the policy violates the right of “anonymous” free political speech.  The 9th Circuit, however, said the state’s policy is fine and violates no constitutional rights.  The high court then agreed to review the whole case, which is being touted for its national significance.