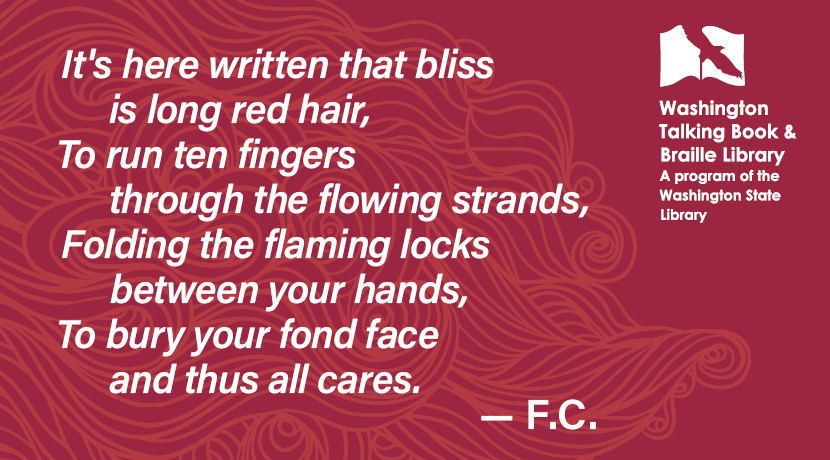 The WTBBL Poetry Exhibition, held via WebEx, included a poetry reading and an awards presentation.

“We’re unable to hold events at the library, so we wanted to have an event that would let people share their creativity in a format that’s accessible to everyone,” said WTBBL Director Danielle Miller. “Everyone was incredibly supportive, giving each other encouragement, feedback, and positive energy as the poems were shared. One patron said he was glad to have a reason to revisit some of his poetry and make revisions, and have an audience to share them with.”

“The WTBBL Poetry Exhibition was one of my favorite events we’ve held because it felt warm and positive, and everyone’s poetry was so beautiful. I was honored to be able to share this time with them,” said Miller.

The final lines of a poem about the ADA by Frank Cuta were a powerful close to the event:

“Not diverted not divided not denied determined directed pressure will prevaile Nineteen ninety pulled it off glorious new world give us wings everybody wins sweet victory.

The ADA became law July 26, 1990. It prohibits discrimination against people with disabilities in all areas of public life, including jobs, schools, and transportation, and all public and private places that are open to the general public. The purpose of the law is to ensure people with disabilities have the same rights and opportunities as everyone else.