Thursday, December 1st, 2016 Posted in Articles, Federal and State Publications, For Libraries, For the Public, Public Services | Comments Off on 2016 World AIDS Day

Each year December 1 is designated World AIDS Day. Beginning in 1988 World AIDS Day has raised awareness of the AIDS pandemic caused by the spread of HIV infection. AIDS.gov reports there are 36.7 million individuals worldwide living with HIV/AIDS. 1.8 million are children who were infected by their HIV mothers during pregnancy, child birth or breast feeding.  By far the majority of individuals who have HIV/AIDS live in low- to middle-income countries. 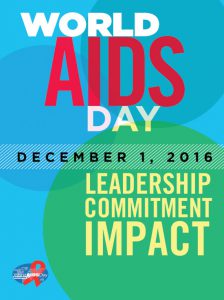