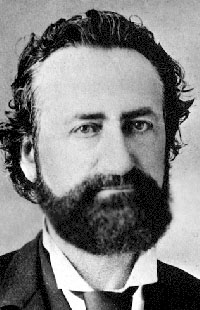 Now here’s a sentence I bet no one has constructed before: This is a tale of a crazed Canadian politician juggling and insulting a steak while in the process angering a future Washington Secretary of State to the point of near fisticuffs.

The following article was found at random in the Dec. 16, 1895 issue of The Spokesman-Review. It recalls a visit to Kalama in 1873 by British Columbia’s 2nd Premier, a gentleman by the unusual name of Amor de Cosmos.

Amor de Cosmos has been described as “flamboyant,” “eccentric,” “a racist drunk,” “egotistical,” “disorderly,” “a bad smell in a high wind,” and “fearfully tedious.” He was a major figure in BC journalism and politics from the late 1850s to early 1880s. Born William Alexander Smith in Nova Scotia in 1825, he appears to have been something of an outrageous character for most of his life. In 1895 he was officially declared “of unsound mind,” and died on July 4, 1897 while under the care of his brother. Amor Lake on Vancouver Island is named after him.

An Eccentric Character Now Lying at Death’s Door in Victoria.

His Remarkable Performance With a Tough Beefsteak at a Kalama Hotel — Member Parliament.

“The Hon. Amor de Cosmos, one of the first members British Columbia sent to the Dominion parliament, is very ill at his home in Victoria. The forty-niners of California will best recall him under the name of John Smith, an American, who was something of a globe-trotter, and who was the hero of many adventures. He grew to be ‘well fixed’ while sojourning at the Golden gate, and to wear an expensive white shirt front about which a heavy gold chain meandered in connection with a flowing beard and locks that would put those of the Poet-Scout Crawford to the blush.”

“Comparative wealth spoiled him, and he sickened of the ancient family name of John Smith, so he sent a bill to the

California legislature, praying permission to change it to the more modern one of Amor de Cosmos. Such bills generally pass without any attention whatever, but in this case a member who was something of a wag, moved as an amendment that the name be changed to Patrick McFarlan McGinnin McGinty O’Rourke, and this amendment came within one vote of being carried.”

“Mr. de Cosmos carried his new name over the border to British Columbia, and there naturalized it. He left a record in the Dominion house of commons of having, on a filibustering occasion, addressed the house for 72 hours, one of the longest speeches on record there. One of the resolutions he introduced that created some laughter at the time, was that no man should be employed on the Canadian Pacific railroad, then a government undertaking, whose hair measured more than seven inches. This was aimed at Chinese labor. Mr. de Cosmos’ hair was then 17 inches probably, and the late Sir John A. Macdonald facetiously observed: ‘That settles the cosmogony of the road for all time.'”

“‘Yes,’ said ex-Senator Fairweather yesterday, ‘I knew De Cosmos very well. The forty-niners are getting scarce. De Cosmos is a character. He resembled in appearance the late Carter Harrison, Chicago’s famous mayor. His hair and whiskers were a trifle darker and his complexion, strange to say, more of a Burgundy tint than the illustrious democrat.'”

“‘He made a great speech to save some rights of settlers in British Columbia in the early ’70s, and was completely exhausted at the hour of final adjournment. This successful effort endeared him to the people and he was sent to the Dominion parliament from the province. His last name was chosen by himself, and was certainly an improvement on Smith, Smyth or Smithe.'”

“‘After his election to Ottawa he started for the seat of government in the winter of 1873 via Tacoma, Kalama, Portland and San Francisco. No steamships were running between Victoria and sound ports to San Francisco, no transcontinental railroads existed, but the Central and Union Pacific.'” 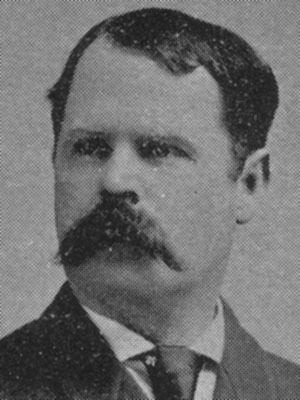 “‘When he arrived in Kalama, to his disgust the Columbia river was frozen between that point and Portland, and he had to remain there until it was opened.'”

“‘He was a guest at the Fulton house, kept then by A.M. Patterson, now the big hop grower of Cowlitz county. Secretary of State J.H. Price, myself and others made that hotel our home. The morning succeeding De Cosmos’ arrival we were late at breakfast. The dining room had been closed, but as old patrons we were admitted and Mrs. Patterson herself was waiting on Jim Price and Bob McGregor and myself when De Cosmos woke up and was admitted to the table. His hair and whiskers were as long as described in the article you have shown me.'”

“‘We were eating our sour grass steak, as all lower Columbia beef was called at that time, with contentment. When De Cosmos was served with his, the first thing he did was to gaze at it suspiciously. It was to him neither beef nor bullion. He hit the steak with his knife viciously and made no impression on it. He turned it over and performed the same operation with the same result. He then gazed at us, at the walls and ceiling and proceeded to toy with that piece of meat in a manner that astonished us. We did not know him, but concluded at once that he was a juggler.'”

“‘He turned the fork in his left hand, jabbed it into the steak, raised it to the elevation of his nose, undercut it with his knife in his right, and tossing it to the ceiling, caught it on its return with his fork and took another whack at it. After repeating this two or three times he remarked that it was not fit for a dog to eat.'”

“‘At this Price jumped up and said he had been eating that kind of steak for six months and was no dog either, and demanded an apology.'”

“‘The lover of the world got into deep water and was taken out of the dining room by Mrs. Patterson and politely requested to go elsewhere. As he left the room, however, he looked at Price enviously, and remarked that a man who could exist on that kind of beef must have a stomach like a bullion retort?'” 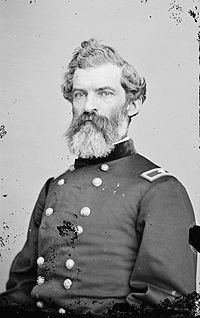 “‘He reported to General Sprague that he had been assaulted by a lot of ruffians at the hotel and asked his protection. The general entertained him at his home, and Price, who was revenue inspector at Kalama then, did not annoy him on his departure by inspecting his baggage.'”

“‘I met him 10 years later at Victoria and he treated me nicely. He was a bright man and did much for the land of his adoption.'”

It is interesting the above article assumed Amor de Cosmos was originally an American.

The teller of the tale was Handford Wentworth Fairweather (1852-1919) who was a member of the 1889 Constitutional Convention and served in the 1st Washington State Legislature as a Senator from Lincoln County.

More information about Amor de Cosmos and other British Columbia premiers can be found in: British Columbia’s Premiers in Profile : the Good, the Bad, and the Transient by William Rayner.