January 12th, 2017 by Rand Simmons Posted in Articles, Federal and State Publications, For the Public, Public Services | Comments Off on Russian Interference with 2016 Elections 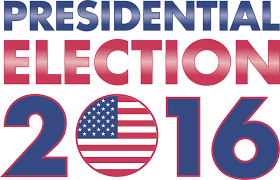 In the year 2017 “Fake News” is on everyone’s lips and lately the news has been dominated by speculation that Russia intervened in the US election.  As librarians we know to look for a reputable source and to verify information. Federal publications help keep the public informed. The Washington State Library is a federal depository library (Federal Depository Library Program, Government Publishing Office) and serves as the Regional Depository Library for the states of Washington and Alaska.

The media — television, radio, newspapers and social media — have been rife with stories like these. As the calendar rolls toward the Inauguration of Donald Trump as the 45th President of the United States on January 20th the focus on Russian interference with the 2016 Presidential Election remains hot.

President Obama directed the CIA, the FBI and the National Security Agency to prepare a report on their findings regarding Russian cyber attacks during the 2016 election cycle. A highly redacted version was made public on January 6, 2017. If you would like to read the report you will find it at https://www.dni.gov/files/documents/ICA_2017_01.pdf.

For information assistance contact our Ask A Librarian staff.