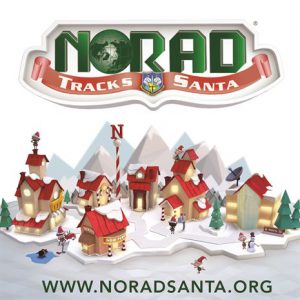 For those of us, yes even the most mature of adults, and those who through deductive reasoning have ruled out the possibility of a jolly old elf in a sleigh packed with toys pulled by flying reindeer traveling faster than possible delivering a gift to every boy and girl in the world in just one night, the child within each of us listens to hear the tinkling of bells on the roof top …

‘Twas Christmas eve 1955 when a misprinted Sears Roebuck & Co. newspaper ad directed kids to a Soviet alert hotline instead of Santa’s direct dial. The top secret hotline that was used only in national emergencies to alert the Continental Air Defense Command (CONAD) if the USSR attacked. Wrong red phone!

On the receiving end, U.S. Air Force Col. Harry Shoup, CONAD’s director of operations, grabbed the red emergency phone and braced for an imminent attack. Instead, a little 6 year-old boy’s voice trembled over the phone, “Are you really Santa Claus?” Shoup, thinking it was a prank, barked, “Would you repeat that?” The little voice started to cry, then hesitantly asked, “Is this one of Santa’s elves, then?”

Soon the phone began ringing off the hook with kids wanting to gab with Santa. Col. Shoup played along. He even turned his team of Cold War-era radar operators into North Pole elves—they scanned monitors for indications of Santa on the move. And that’s how the U.S. Government got into the business of Santa tracking.

Today, the North American Aerospace Defense Command (NORAD, CONAD’s successor) is a bi-national U.S. and Canadian organization tasked with aerospace warning and control. As a frontline in homeland defense, its slogan is “Deter, Detect, Defend.” But its most famous and favorite mission is watching the winter skies for the “big red one,” much as it has done since Col. Shoup answered the phone over 60 years ago.

For young and old alike, even for those hardened skeptics, and those who simply cannot contain the excitement in anticipating Santa’s arrival, and those who must be in the know, there is the NORAD Santa tracker. 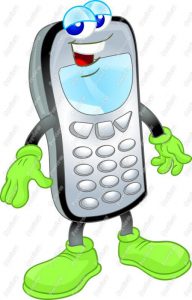 You can also track Santa on your mobile phone!

Hats off to the men and women of the The North American Aerospace Defense Command (NORAD), a United States and Canada bi-national organization charged with the missions of aerospace warning and aerospace control for North America. Aerospace warning includes the detection, validation, and warning of attack against North America whether by aircraft, missiles, or space vehicles, through mutual support arrangements with other commands. 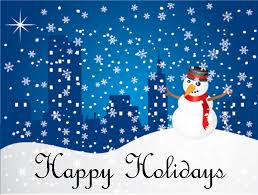 From all of us at the Washington State Library we wish you the happiness of this holiday season and the best for the new year.