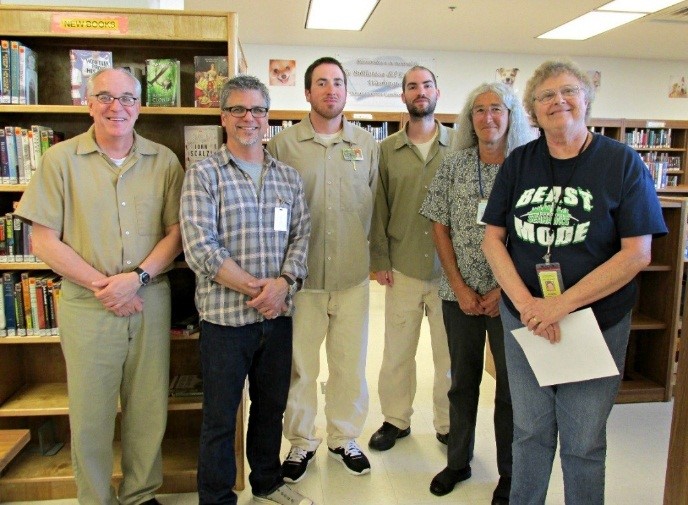 On Friday, May 8th, 2015 Garth Stein made his 3rd visit to Stafford Creek Corrections Center (SCCC) . We think he’s beginning to like it here!

We originally invited Garth to SCCC due to his novel, The Art of Racing in the Rain, which is narrated by a dog. This beautiful book has over 4 million copies in print and was on the New York Times bestselling novel list for 3 years! Garth graciously accepted our invitation, met with the Freedom Tails handlers and dogs, and proceeded to discuss the book with program volunteers. With some cajoling from the handlers, Garth agreed to come back for a book read which involved the general population and was an overwhelming success.

Recently, when we contacted Garth, he was happy to visit SCCC for another book read. Not only that, but he donated all the books! This time, How Evan Broke His Head and Other Secrets was introduced to the SCCC’s general population. The theme of this novel is based around a man who has found out, long after the fact, that he has a 14 year old son. There are many offenders who have been in, or are in, this situation, so it made for a great novel of choice. 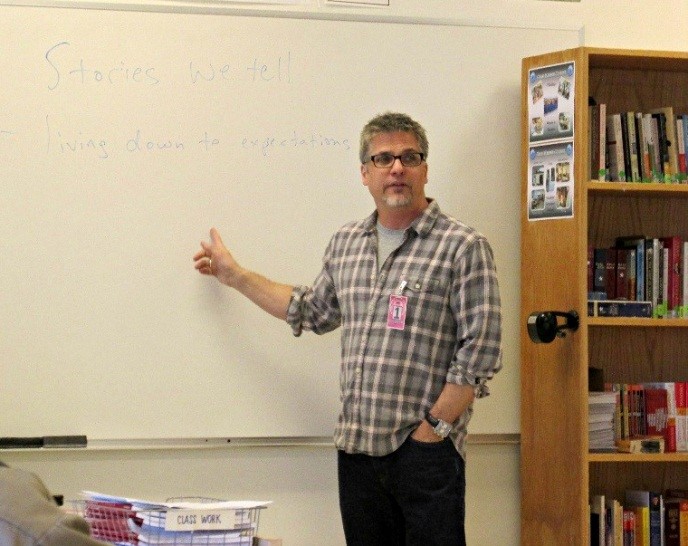 While discussing the book, many other questions came to light – especially on the art of writing itself. Stein informed his audience that the first and foremost rule of writing is: “There is no rule”. Questions abounded from the offenders ranging from dialog tagging, point of view, the voice, and the process. One by one, Garth answered all questions – and of course more questions ensued. One point Stein stressed to the offenders was: “The easiest thing to do in the world is to not write. The hardest thing to do is write – and, it’s easy to find excuses not to write.”

Among the questions asked, many offenders wanted to know how to deal with editing your work. Garth explained that is was necessary to get people you trusted and who would give you honest feedback, but to keep in mind that “other people can tell you where you went wrong, but they can’t fix it. Only the writer can fix it.” 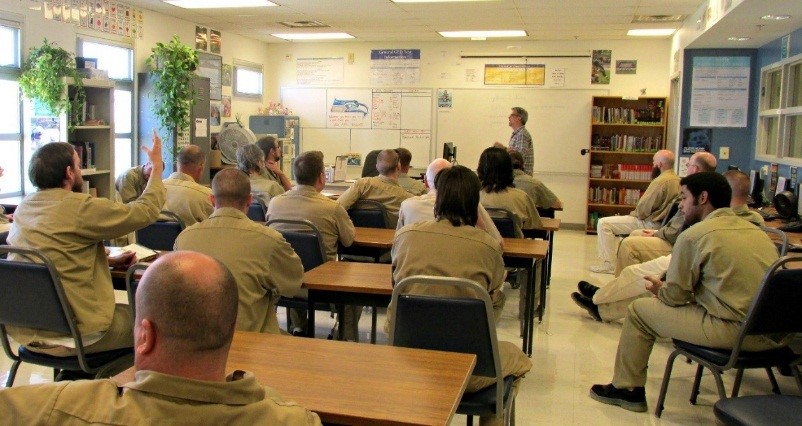 As usual, Stein’s visit was an overwhelming success. Everyone at SCCC truly appreciated him taking the time to come share his talent and knowledge, and we look forward to him coming for another book read in the future! 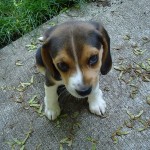 Jeannie Remillard has this to share about the new puppy at SCCC: Her name is Athena…and she is the cutest little Beagle puppy you have ever laid your eyes on.  When she first visited the library and came behind the desk to meet me, she was shaking with fright. By the time we filled her tummy with doggy treats and gave her much love we were sure she would remember her first visit to the library.  Talk about cute…she jumped up on my lap and tried to get her puppy treats off the desk.  Everybody in the whole room fell in love with her immediately.

Yesterday she came, sopping wet from the rain, and she immediately tried to jump up in my lap for her puppy treats. Jason and Curt, my workers, grabbed towels and dried her off.  She is a real joy and brings smiles to everyone…even those guys who usually don’t smile.  What a terrific wonderful program this is!!! North Beach Paws!!!

A perfect name for a prison library dog! 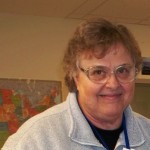 As prison librarians we serve a population that does not have a lot of options for getting information.  We can provide service with a smile and enthusiasm or with a negative attitude.  Jeannie Remillard is the most positive person I have ever met.  Even as we face budget cuts that could mean the loss of more valuable staff, Jeannie’s continued optimism has been a shining light for all of us.  Jeannie provides a valuable service to the inmates at Stafford Creek Corrections Center, a service that does not always receive the recognition that it deserves. But then a THANK YOU like this one from a patron on behalf of himself and others arrives in the mail and shows her that all her work is not in vain.  The last 20 years in prison has been a time of great change, but with a smile and enthusiasm Jeannie continues to provide excellent service.

How kind is this – it really touched my heart! 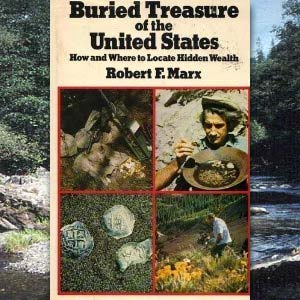 We just received an interlibrary loan book that we ordered from Ketchikan Campus library in Alaska…The book is titled “Buried treasure of the United State: how to locate hidden wealth”. Inside was a handwritten note that read:

Dear SCCC Library – hello to you:  it seems this is a favorite title of your patrons as we have loaned it to you numerous times.  It is hardly ever checked out here, we are happy to weed it from our collection and donate it to you.  So no worries about mailing it back.

Jeannie Remillard helps some patrons at the library.

All in all a very successful day! I feel like it was a day that promoted our library in a very positive way to everyone here at Stafford Creek.  I think business has really picked up since that day…we are busier than ever…but that’s ok!! I love my job…and enjoy coming to work each and every day!!

Other comments heard throughout the day:

Stafford Creek is Going to the Dogs 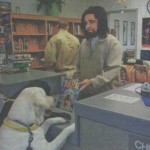 Canine patrons check out the latest issue of BARK.

Stafford Creek Corrections Center has long welcomed the dogs from “Freedom Tails” dog program into the library, but never more so than on Library Snapshot Day 1/11/11.

Many of the dog handlers are regular library patrons and they made a point to visit the library and were very happy to get their pictures taken. It went so well that they made it into the local newspaper of Aberdeen, The Daily World.