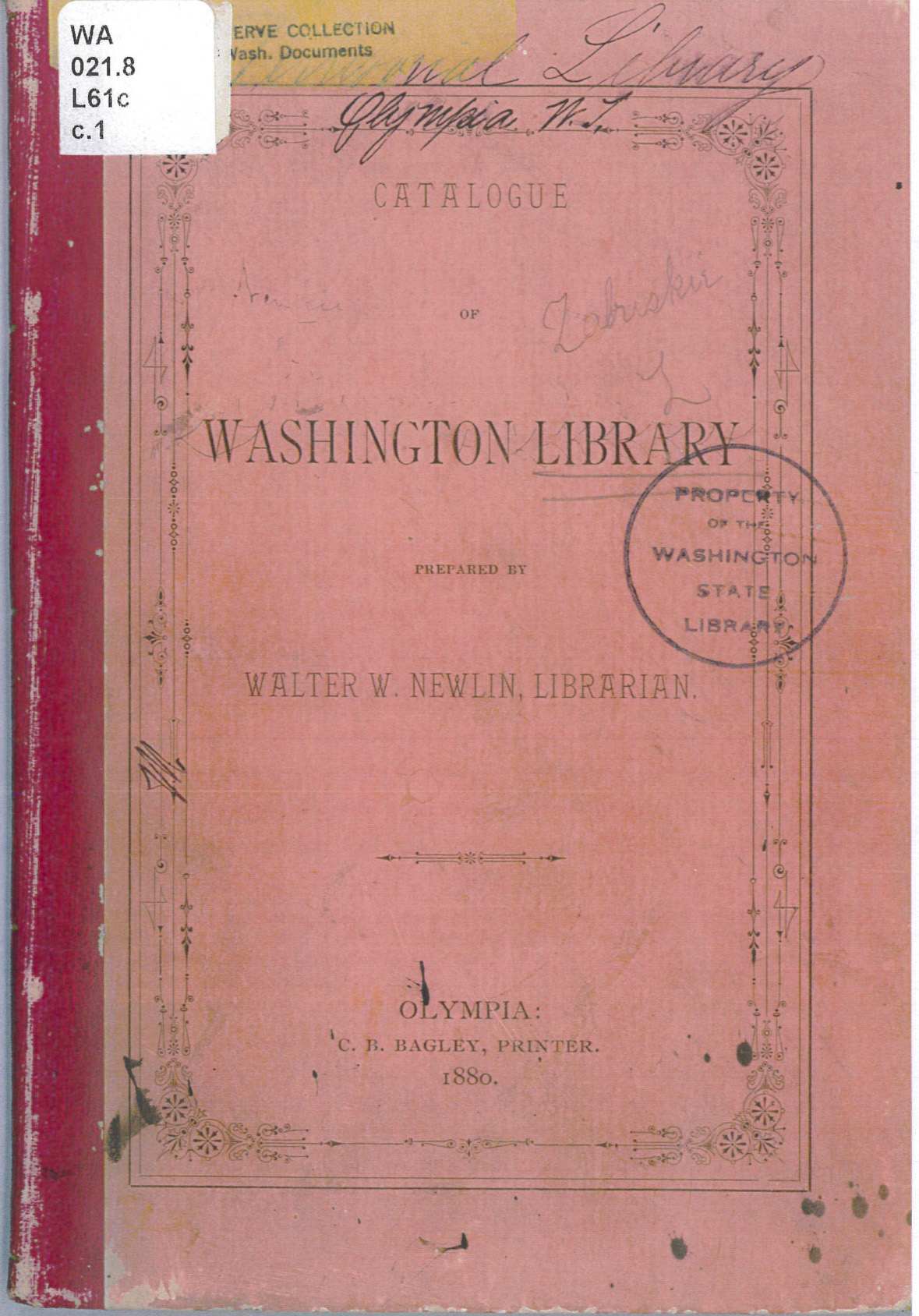 From the Desks of the Central Library Staff

Born in Pennsylvania ca. 1841, Walter W. Newlin was living and working in Olympia as early as 1870 as a lawyer. Appointed Territorial Librarian in Aug. 1879 by Gov. Ferry, his tenure was brief but eventful. With Newlin, we see the first glimmer of the kind of librarian we recognize in modern times. His Oct. 1, 1879 report laments the lack of a catalog and the poor facilities. He brought in new shelving since books were stacked out in the halls. Walter solicited donations from members of the legal community and government agencies in an effort to upgrade the collection. He also published a bound catalog of the Library’s holdings in 1880, with this preface:

“TO THE PROFESSION:–Having no reliable data to go upon, the Librarian found great difficulty in distinguishing missing books from those which were never in the library, and marked as missing those where doubt existed. Those having missing books in their possession are earnestly requested to return the same, and information regarding any of them will be thankfully received.”

By May 1880 he had been selected as the Register of the Land Office in Vancouver. His subsequent career took him to Walla Walla and King County. He was elected Prosecuting Attorney for King, Snohomish and Kitsap counties in 1888. He was accused of dismissing serious gambling indictments against brothers Frank and Charles Clancy during September of 1889, but was exonerated by a committee of the Washington State Bar Association. Walter Newlin died Nov. 28, 1889 while visiting his mother in Denver, Colorado.

The son of Gov. Ferry, born Apr. 26, 1853 in Illinois, was no stranger to Olympia politics. Although it might be tempting to say his appointment to fill out the term of Newlin was the result of nepotism, he took the oath of office on May 19, 1880, which means he was probably named by the incoming Governor, William A. Newell. Ferry worked in the newspaper trade as a printer and compositor. He never married and always lived with family members. He died Nov. 23, 1914 in Seattle.