It Keeps Getting Better: Access to Historic Congressional Information

May 22nd, 2017 by Rand Simmons Posted in Articles, Federal and State Publications, For Libraries, For the Public | 2 Comments » 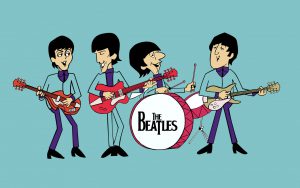 If you remember that era there is probably some iconic event that stays fresh in your mind such as the invasion of the Beatles and other British rock groups, the Assassinations of President John F. Kennedy, Martin Luther King, Jr., and Bobby Kennedy. Did you watch the 1969 U.S. landing on the moon on television? What about these (thanks to GPO for the list)?

Courtesy of the Government Publish Office

“This latest digital release of the Congressional Record now gives the public easy access to the historic debates of Congress from the 1960s via smartphones, tablets, laptops, and personal computers.” (GPO Director Davita Vance-Cooks.)

2 Responses to “It Keeps Getting Better: Access to Historic Congressional Information”